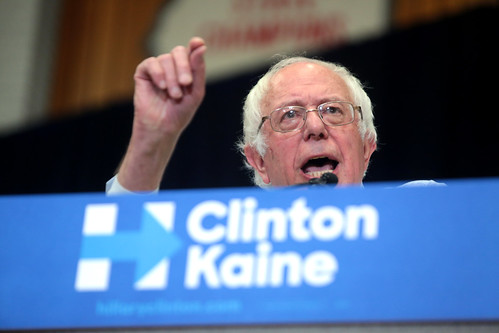 The sudden collapse of Bernie Sanders’ campaign for the presidency comes amidst what official sources are calling the worst influenza pandemic to hit the United States and much of the world since the misnamed ‘Spanish Flu’ in 1918.  Sensational news coverage of the resulting health crisis and the daily exigencies of life under state mandated lockdown have dramatically shifted public attention away from conventional politics thereby eclipsing the announcement in early April by Sanders that he is and endorsing the utterly corrupt Joseph Biden as the nominee of the corporatist Democratic party.

Dennis Kaiser is an author and consultant focusing on individual rights. As a US citizen Dennis is deeply concerned over how our nation has fallen from being productive and full of hope to one where that hope is being stripped from the majority (more...)

The time limit for entering new comments on this quicklink has expired.


"You have something special and important here. Somehow you manage to teach and suggest and introduce the reader to concepts in a way that feels inclusive. Like, we're thinking about it together. Partly it might be because the subject, bottom-up, is innately understood by all of us and so it feels like you're stirring up stuff we already know. But also I think it's because you truly are practiced at connection consciousness and so it's natural for you (I'm guessing) to write about it with a desire to include us. As a reader I was learning more because it feels like you're inviting me to think with you."